My latest FUBAR VSF scenario, the ‘Affair of the Long Lost but Now Found Pyramid of Dloser' is set to be played soon(ish) and not unsurprisingly it requires a pyramid! So to the workbench, I wanted something quick and easy as its probably only getting a single use!

The apex of the Pyramid of Dloser can just be made out jutting from the desert sands in this the first photograph taken of it by S.O.E. Agent Edward Bigger on the very day it was discovered... 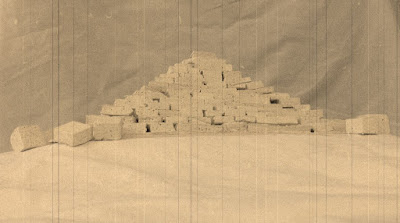 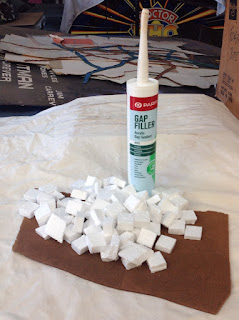 The finished product...I've included my S.O.E. Agent Edward Bigger figure (1/56) so you can judge the size of this 'edifice'... 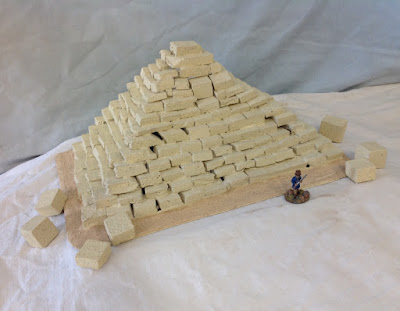 Some historical blurb and pictures of the pyramids interior, yes it has a secret chamber check out my blog!
https://captaindarlingsminiaturesemporium.blogspot.com/2019/10/the-affair-of-long-lost-but-now-found.html

Return to “The Terrain Place”